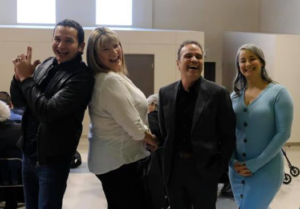 Forced by pressure from the police union, Winnipeg police chief Danny Smyth had to hold a press conference on Friday and speak to recent violent assaults in Winnipeg around Canada Day, and in particular those at The Forks.

Bursting with smug defiance, never was it more apparent that Smyth has put the issue of crime – and his future employment – squarely at the forefront of the civic election.

“None of this is new, but it became very more of a priority for the media this week.”

Councillor Markus Chambers, who chairs the police board that Smyth claims he’s accountable to, told the Sun “himself said he feels “relatively” safe when walking around Winnipeg’s downtown during the day or evening, but recognized that not everyone feels the same way.”

This is a reasonable statement. Chambers is tall, husky, black and walks unimpaired – not a very appealing target for an aspiring or even experienced bandit or car thief.

Next sentence in the Sun report: “Smyth also said he feels safe at The Forks, saying he took a friend there recently for dinner.”

Perhaps Danny Smyth, busy lobbying for a contract extension while leading a demoralized force who have NO contract, has forgotten the difference between him and the rest of us. He has a gun. 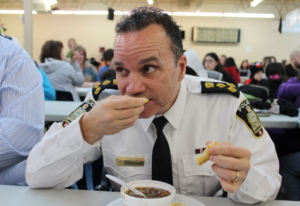 Smyth also has self-defence training. And like Chambers, he demonstrates no obvious vulnerabilities, which lessens his risk of being targeted.

Smyth also knows, if HE calls 911, he’ll see squad cars show up in a speedy manner.

So for a moment, let’s focus on “None of this is new” and “The media needs to do their part.”

Here are some crime statistics for St. Boniface in 2018, that I used for a story previously, in ‘doing my part’:

Danny Smyth won’t accept any accountability for his own failed leadership and incompetence. And guess what? Like the chief said – “None of this is new.” 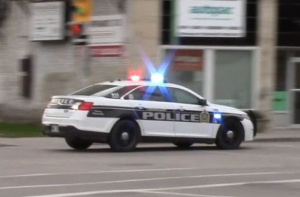 “The failure to operate CrimeStat properly for 12 years had a very bad cumulative affect on policing and public safety. It isn’t clear how involved Smyth, who was named a superintendent in 2012 and deputy chief in 2015, would have been, but it’s overwhelmingly likely he knew what was going on, at the very least…

CrimeStat, WPS-version, was full of holes and the public was fed half-truths for years, as were city councilors and the media… It took him over 2 years to finally replace it and hope people forgot…

They see a police chief eager to engage politicians whenever he can – that’s the easy part –  but if we are leading the country in crime, guess what – we lead the country in crime victims too. Robbery and property crime both up over 40% in 5 years, total crime up 33%.

And Danny Smyth offered those crime victims nothing last week- no leadership, no accountability, no hope, just a warning things will get worse. He’s no crime fighter.”

Smyth thinks the media isn’t doing their part when they point out the obvious – as Mayoral candidate Don Woodstock did in reaction to the press conference. 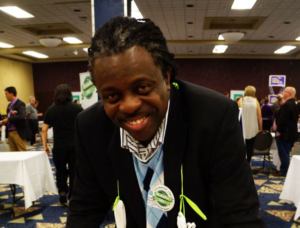 Posting on his election website, Woodstock, who owns a security services company, wrote:

“Seeing the Chief of Police address the crime situation in Winnipeg is both alarming & disturbing on many levels. He is not being honest with our crime situation… The Police need our help, and I am proposing that the Chief of Police should never be the spin-doctor for the administration or politicians. Our Chief was merely spinning a story because of his political appointment.”

Woodstock also observed, in relation to his security business, “more than a 50% increase in calls and emails requesting quotes for security solutions.  We have a problem and it’s major, despite what the Chief is reporting.  We are on the street speaking with the public and people are extremely nervous.”

Is it political to expect that everyone else running for Mayor should explain if they agree that Smyth shouldn’t be nervous about keeping his job?

Smyth admitted, a stabbing between ruffians near a Main Street bar is, to him, as equally concerning as A) a father and daughter being stabbed/mugged at the Forks, B) 3 other people being assaulted and stabbed at the Forks, and C) 2 refugees from Ukraine getting bear-maced and one almost stabbed to death, at the Forks.

(An incident for which no description of the suspects has been issued, as though the victims couldn’t identify the perps and none of the surveillance cameras were working. Why is that?)

And as Hal Anderson remarked, “Mayor Brian Bowman, who took almost a week to comment, said he hadn’t been briefed by police — maybe he should have asked”.

But, unlike Bowman, a New Mayor and New Council will not be able to ignore the facts: 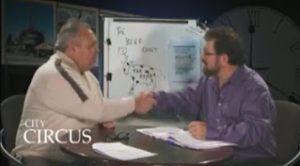 Unique election reporting, investigations into wrongdoing, publishing Freedom of Information documents, and standing up for the little guy – it’s what I do.

I have been covering stories with a citizen journalist approach – holding government and the media to account – for 3 decades.

Your contributions are essential for our independent election campaign coverage.