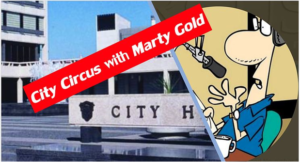 During our four year run on Shaw-TV, City Circus was the only broadcast in Winnipeg dedicated to analyzing City Hall and doing long-form interviews. We sought to get people, voters, taxpayers, involved in civics and brought them explanatory clips from Council meeting and in-studio interviews with councillors (by memory at least 7 came into the studio).

We looked at, among other things, how the City functioned from ground-level (permits, bylaws, inspections, etc.), exposing the kind of friction and frustration that can arise when residents and businesses run into “CITY HALL”.

In two recent cases when small businesses that civic bureaucrats were threatening tried to avoid fines and business losses for things that aren’t their fault, they were treated like garbage. That comes at a cost which we will circle back to.

In one case, there was some weight put by two councillors at a Property Committee appeal hearing of the Order that the building at 92 Arthur, housing Red River Book Store, was going to collapse. A May 12 order for immediate evacuation and repairs within 6 days was argued with enlightening details.

A structural engineer found a badly rain-damaged beam supporting the top floor of the 119-year-old structure and reported the damage to the city, which issued a “mitigate unsafe condition” order on May 12. Owner Dennis Boyko shored up the sixth floor but appealed the order, arguing the city exaggerated the risk of collapse and basically acted like bullies.

“… he’s committed to getting a permit by June 30 to complete permanent repairs. He appealed the order over concerns about the city’s process and his initial fear the government would take over the repairs if he couldn’t finish them on time and charge him a fee he can’t afford.” reported the Free Press.

“I can’t understand how the one deficient beam can bring down [or] implode an entire building.. Has there ever been a building collapsing in the entire history of the city of Winnipeg?””

(Well, there was at least one building that had to be demolished prior to collapsing – after a city sidewalk in front of 543 Sargent collapsed into a hole underneath in 2015.)

Councilors Cindy Gilroy and Janice Lukes didn’t believe that the evacuation order, which cost Boyko “thousands of dollars in sales”, was an extreme reaction to a potential safety breach. They denied his appeal.

But Lukes noticed that Boyko was dicked around, one way or the other.

“When you issue a notice that basically says to a business that you have to get this fixed by a certain date… someone needs to be on the other end to take the call and talk it through (with) the person,” she said.

The other example hit close to home, because Artists Emporium was a huge supporter and faithful advertiser on 92.9KICK-FM. It was one of the first locations we began live remotes from.

They have endured lockdowns, retail restrictions, and everything else the last few years – and still want to serve the marketplace, bring art and crafts into people’s lives, and employ good people to do it. So naturally, their move to a new location a few blocks away in St. James turned into a nightmare because of the antics of the so-called Winnipeg public service.

“I feel like I’m at a dead end. We complied promptly with every single thing that came that they asked us to do,” Junson told CTV, listing off changes to the ventilation, a wheelchair ramp, and then she was told by the city she is required to have 42 parking spots “and must pave a gravel lot behind the building – an area she had hoped to use as a green space where artists could paint in the summer months – to make way for the parking… (that) would cost her more than $100,000.”

Why? Oh because “it has an ‘adverse effect’ on the parking area and on surrounding streets and properties. However, Junson said none of the neighbouring back lots are paved.”

So off she trudges to a Variance hearing to appeal their conditions, with 9 other supporters prepared to address councillors – which to be sure, is not the typical experience for a business owner or the average person in Winnipeg, nor should it be.

CBC reported that “(Chair) Coun. John Orlikow cut it short after the first speech [Junson’s] since he said the committee already knew they were going to side with the owner.” According to a Facebook post by Junson, “he had never experienced this before in 13 years of serving as a city councillor. Councillors Sherri Rollins, John Orlikow, Jeff Browaty and Jason Schreyer all voted in favour of us in an unprecedented unanimous vote to support our appeal.” 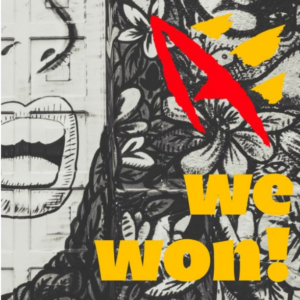 So it was THAT obvious.

For his part, mayoral candidate Scott Gillingham, riding out his term as councillor for St. James- meaning this inexcusable abuse of a small business was in his ward – supported the appeal. But let’s look at what he said:

“I think today I’m glad common sense prevailed. This is a situation where the variance is completely in order… We need to assist small business, not put barriers in their way.”

Here’s what the lack of “common sense” by bureaucrats cost both these business owners:

For Boyko, who raised a rightful question about the supposed danger to the lower floor, imagine the psychological abuse of being ignored while facing this scenerio: “The thing that scared me most is (the risk of) allowing the city the right to take over the work and do it themselves, regardless of the cost… This was a very stressful period for me.”

For Junson: “The whole ordeal has pushed back her business’s reopening, and forced her to lay off staff, reduce hours and store inventory while she took on the city,” reported CBC. “You know, it’s very stressful financially and emotionally, too, to just be waiting and waiting for 7½ months to even finish our renovations,” she said.

This is how Brian Bowman’s city hall does business, with small business.

All candidates will be expected to lay out how they think small businesses can be supported.

An additional challenge for city councillors seeking re-election – or in Gillingham’s case, reaching for the Mayor’s chair – is how they propose the city council will hold accountable and reform a bureaucracy that forgets common courtesy AND common sense, and seem to forget, they work for us, we don’t work for them.

A business owner prepares for and appears at an appeal hearing, it costs them plenty. For the anti-small business bureaucrats, it’s just another hour on the clock. The bureaucrats have no stress, as their paycheques are guaranteed.

When no one answers calls with deadlines looming, with thousands of dollars of expense looming, with jobs affected, with suppliers and customers affected, when one councilor says “someone needs to be on the other end to take the call and talk it through” and another- a former Finance chair and right hand of Mayor Bowman no less – says “We need to assist small business, not put barriers in their way”, that tells you Winnipeg City Hall is broken.

This election should be about who will have balls enough to fix it.

(Marty Gold is the host of City Circus, soon to be seen providing civic election reports on WAM and other platforms. His experience from 2006 – 2015 on 92.9 Kick-FM and Shaw-TV proved citizens will respond and get involved as voters, if given a chance to hear all the facts and have their voices heard. Please support his coverage of the 2022 election by donating at https://www.paypal.me/MartyGoldMedia)